The Economist
Startups are redesigning the basic building block of capitalism. The disrupters are reinventing how business works. They are also reinventing what it is to be a company. Today’s startups are pioneering a new sort of company that can do a better job while exploiting new technology. Read more… 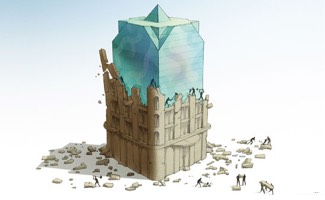 How Can Your Company Create A Culture Of Innovation?

World Economic Forum and Knowledge Wharton
We need to learn the art of celebrating failures and the lessons from those failures, so that people push the boundaries, try new things, experiment, co-create with the customers and build an environment that is full of innovation, and that keeps you progressing in short bursts along with your customer. Read more… 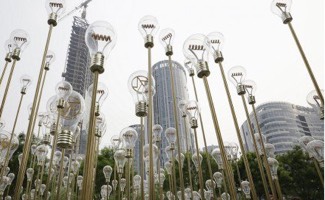 Innovation Isn’t So Much About The Eureka Moment

PBS Newshour
The processes to create the Reebok Pump & helmet impact sensor were mundane and tedious. First they establish a clear objective, then conceptualize what they want to do, explore what materials they need to build the product, and then assemble it. Read more… 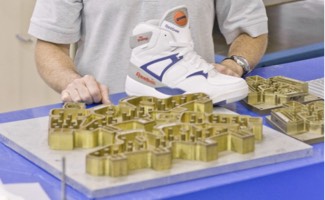 An Orange Carpet for Entrepreneurs

Kauffman Foundation
Four years after the White House launched the Startup America project, more than 60 nations have emulated the effort in different ways. The StartupDelta was set up to establish the Netherlands as one of the top three most attractive startup ecosystems in Europe. Read more… 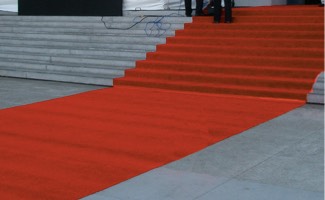 Southeast Asian Affairs
Brunei’s government is moving beyond the oil and gas industry, which has dominated its country. Progress can be seen in three clusters of domestic business enterprises: small/micro industries in services or products; Information and Communications Technology-related enterprises, and large industries through foreign investment and joint ventures. Read more… 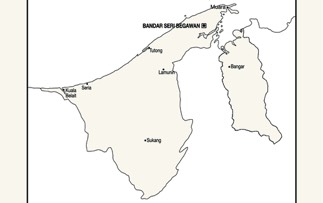 The Best and Worst Countries to Run a Business, According to the World Bank

The Wall Street Journal
The top 10—the most business-friendly countries—were largely unchanged from last year, with Singapore holding its No. 1 ranking and the U.S. still in the No. 7 spot. Eritrea, Libya, South Sudan and Venezuela were ranked the worst countries to try and run a business, respectively. Read more… 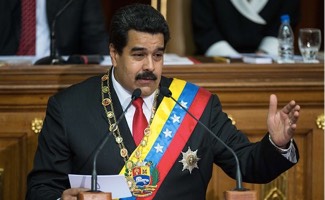 Henry Doss, Chief Strategy Officer of T2 Venture Creation, from Forbes
The most powerful driver of discovery is transparency.  Look around your own organization. Where you see silos, you’ll see information hoards. Work for the love of change and improvement, rather than for what you get for yourself. As a leader of innovation, you may find your concern for the future to be a lonely spot.  Stay there. Read more here.

The Berkana Institute
When separate, local efforts connect with each other as networks, then strengthen as communities of practice, suddenly and surprisingly a new system emerges at a greater level of scale. Emergence is how life creates radical change and takes things to scale. Read more here. 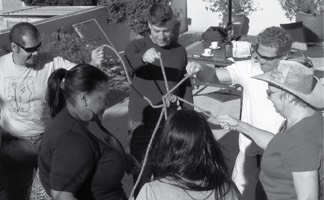 The Economist
Frederick Taylor was the most influential management guru of the early 20th century. His “Principles of Scientific Management” was the first management blockbuster. A modern version of “scientific management” threatens to dehumanise the workplace. Read more here. 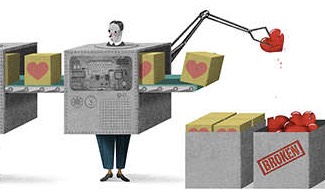 From Big Gods To The Big Brother

Cliodynamica
How did humans acquire capacity for cooperation in huge anonymous societies? Ara Norenzayan’s Big Gods: How Religion Transformed Cooperation and Conflict, argues that Big Gods offer the ability to detect and punish immoral behavior. In modern societies we have all-to-real cops, judges, and IRS agents to do the job. Read more here. 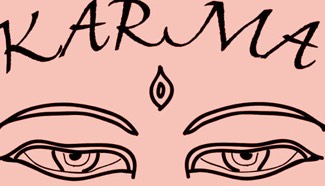 Korea Times
T2VC’s CEO, Victor Hwang, gave a keynote speech in Korea last week. “Sixty-five percent of startups fail due to people issues. For this reason, there is a need for an evolution of design thinking. Overcome fear with trust. Trust the group you’re with”. Read more here. 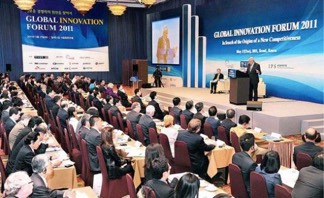 NewAfrican
Kenya’s Ministry of Information and Communication Technology, and its ICT Authority, jointly announced the launch of the Enterprise Kenya initiative – intended to improve the environment for technology entrepreneurs – in a bid to support local innovation and entrepreneurship. Read more here. 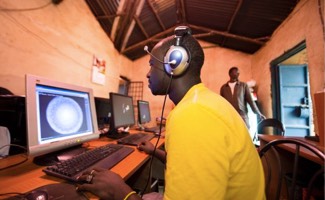 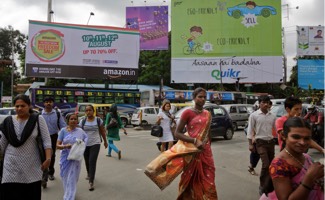 To Whom Do Japan’s Most Powerful Turn For Advice? The Sensei Of Seaweed

The Wall Street Journal
The traditional business values in Japan, where long-term success and social cohesion are often favored over short-term profitability. Companies have to keep growing little by little, even if the pace is slow, rather than expanding and contracting erratically. Read more here. 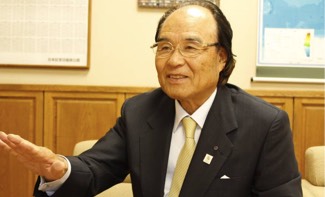 Bootstrapping the innovation rainforest in Italy: the Working Capital story

There is a new generation of startups active in Italy today and a growing entrepreneurial movement gaining momentum and media attention in the country. This is of particular importance these days as the global economy and Eurozone crisis are biting hard into the lives (and wallets) of people thinking about growth and economic development. It wasn’t like this in 2009 when Telecom Italia – the largest telecom operator in the country – launched ‘Working Capital’ the most successful entrepreneurship program in Italy to date.
The collapse of the tech bubble in 2000 resulted in a stagnation of startup and venture activity for many years in Italy and it was only in 2005 that the topic seemed to reemerge. A handful of angel investors and serial entrepreneurs started to appear and look for new startups and technology entrepreneurs to support. A small part of the community, catalyzed by the ‘Partnership for Growth’ entrepreneurship development program launched under the leadership of Ambassador Ronald Spogli was inspired to action. Working Capital started to come together as an idea within the Telecom Italia group in those years, championed by Salvo Mizzi, a successful Internet entrepreneur who later landed in company as Corporate Innovation manager.
Initially Working Capital was designed as a corporate social responsibility program and a community building project. A ‘startup exploration’ tour with the idea of scouting and supporting the newly born tech entrepreneurship movement of the country. The program launched officially in 2009, and initially there was a fair amount of skepticism surrounding this effort with a number of people questioning why a large incumbent ‘telco’ was interested in startups at all. There was no financial support available for startups in the program, but “factual” support in kind – however the fact that the Telecom Italia was behind it was functional to capture media attention. The first projects started to come in, but it was not an easy task at all to restore trust in the system and convince entrepreneurs to come out from the dark in order to present their ideas to a 20 billion euro company. Nevertheless the first edition was considered a success, some notable ideas came forward, and the program was renewed for a second edition in 2010.
One of the most interesting developments in the first year was that the quality of ideas and talent submitted to Working Capital was very high. So much so that it gathered the attention of the Human Resources department of Telecom Italia, which then decided to participate in the second edition. HR was involved in the talent selection process and provided the first direct funding in the form of grants for researchers/explorers. Working Capital targeted universities, searching for fresh innovative ideas needing seed money for feasibility studies, building prototypes, or developing their business plan. It worked out that the program began to gain significant traction in terms of communication and reputation, also thanks to a nationwide tour of events and barcamps across Italy which were aimed at connecting and giving exposure to relevant entrepreneurs in the high tech sector, universities, institutions and startups.
The flow of business plan and research ideas started to grow significantly. In the first two years of Working Capital, over 600 projects were submitted online (www.workingcapital.telecomitalia.it), most of them in the second edition. The management board of the program analyzed 165 pitches and business plans, 13 startups entered the incubation program, 58 research grants were handed out and 37 projects entered into a ‘pre-incubation’ radar program. But the most important result of all was that Working Capital was able to ‘break the ice’ of skepticism in the country and gain significant credibility in the startup community.
In 2011 the program partnered with the ‘Premio Nazionale dell’Innovazione’, the most important university business plan competition, in order to further penetrate the academic environment. The three years of investment paid off: in the third edition 2,139 business plans were submitted, while 15,000 hopeful entrepreneurs joined the official site. Overall 60,000 people participated in Working Capital events, 32,000 followed activities on Facebook and Twitter making it the number one innovation community in the country.
These numbers alone underline the success of the program, openly backed by Telecom Italia’s Domestic CEO, Marco Patuano. Working Capital acted as a critical hub and active connector within the ecosystem, and most of all built significant social trust among the younger generations. Talented entrepreneurs started to emerge and give it a chance, encouraged by some early signs of success. Some startups that were scouted by the program entered the market and got funded. Among them, examples like Mashape (www.mashape.com) funded by top tier US investors and Timbuktu, now in Dave McLure’s 500 Startup Program.